“Al’s Gal” is formerly “Fight-N-Lady” and originally “Gal-O-Mine” which is a 53’ custom built sportfisher customized for Captain Allan Foreman in 1975. The boat was handcrafted with juniper planks by Allan and the legendary boat builder, Omie Tillett. Sportsman Boatworks’ Hull #2 was built with a few things in mind, but most importantly, TO BE FAST!!!  The history about Al’s Gal continues for more than 45 years…

Al’s Gal is arguably one of the first modern sportfishing boats ever built. Omie raised the bar high when this vessel hit the water and it took years of imitating before she was ever passed by another boat. Of course, over the years the boat has been modernized with new equipment.  Radar, Fishfinder, GPS, and of course a 1,000 horsepower Caterpillar diesel engine. Al’s Gal runs smooth and cruises at a comfortable 25 knots.

The relaxing salon is outfitted with an Air Conditioning System, Microwave, and Fusion Stereo. Our tackle is practically brand new and offers complete sets for each different type of fishing style to make certain that no opportunity is lost. We offer Trolling, Kite Fishing, Tuna Stick, and even Bottom Fishing. Whatever you want to target, please let us know and we’ll do our best to accommodate.

In order to give you the proper history of Al’s Gal, we’ll need to tell you a little about who she was built for. Captain Allan Foreman of Elizabeth City, NC spent his young summers in Nags Head, NC. During college, Allan purchased a 28’ boat and named her Al’s Gal. He ran this boat himself on the weekends, but had a hired captain during the week. After college, Allan upgraded his vessel to the 36’ Gal-O-Mine that allowed for further runs. After running a few seasons on the slowest boat within the fleet, Allan decided to contact local boat builder, Omie Tillett, to have a custom fishing boat that would be fast and accommodate 6 passengers.

Gal-O-Mine 53’ was Allan’s third charter boat. When the new Gal-O-Mine hit the water, she was without a doubt the fastest boat to have ever fished out of Oregon Inlet. The transition from the slowest boat within the fleet (15 knots) to the fastest boat within the fleet (25 knots), Allan earned the name Big Al. The first season, Al caught 9 Blue Marlin in 11 days. He chartered Gal-O-Mine 53’ for 4 seasons, but decided to sell her so he could better manage his new head boat Crystal Dawn and his newly founded Pirates Cove Marina.

When Captain Joe Perez and Captain Sam Stokes purchased the boat, she was renamed Fight-N-Lady. They continued to fish out of Oregon Inlet for over 30 years and earned a reputation that is comparable to few. They boast the multiple weights of 950 lb. and 1020 lb. Blue Marlins. When they sold the boat in the winter of 2018, they appropriately retired the name Fight-N-Lady.

With a retired name and Gal-O-Mine on the stern of another Oregon Inlet boat, the new owner Stuart Foreman (Big Al’s youngest son) had to come up with a name of his own. Without a doubt he realized that there couldn’t be any name more nostalgic than Al’s Gal. This was the name of his father’s first charter boat and it will also be the name of his.

Within 2 weeks of the purchase, the 3412 CAT (1000hp) was rebuilt. From there, we pulled some fresh wires and we keep focused on whatever else is needed most. Our goal is the maintain the legacy of the Al’s Gal through a constant state of improvement. Thank you for reading this story and we hope you’ll enjoy your fishing experience on Al’s Gal.

We post our fishing reports and catches on our Facebook Page.  Here is a quick link to our video page about Outer Banks Fishing. 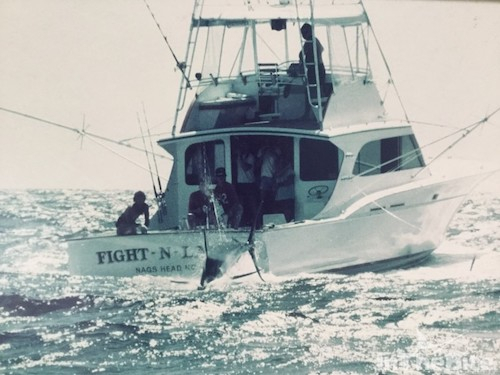 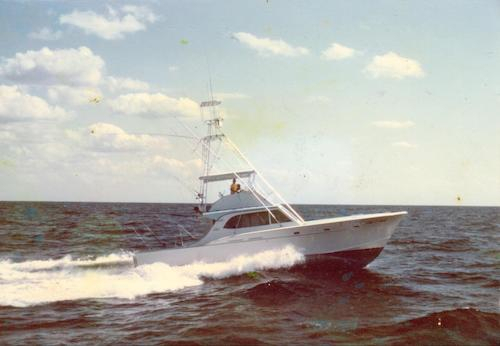 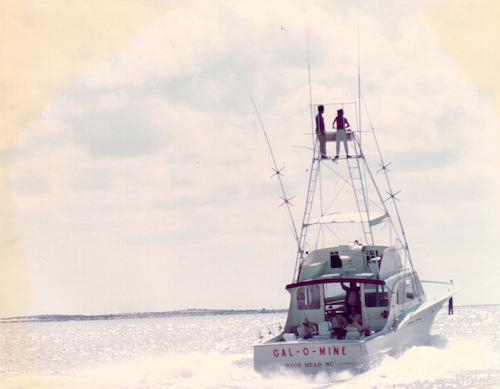 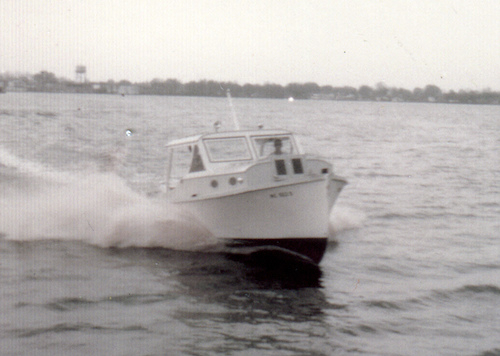 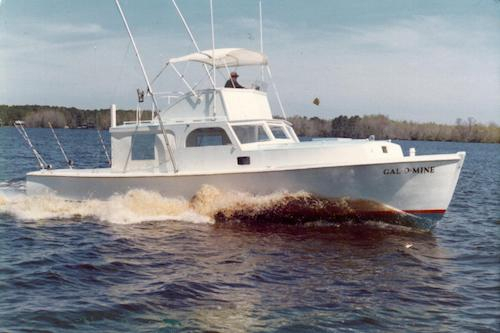 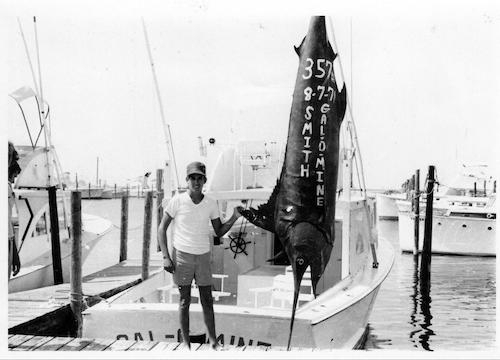 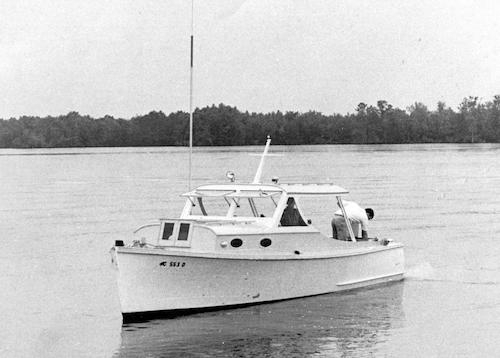 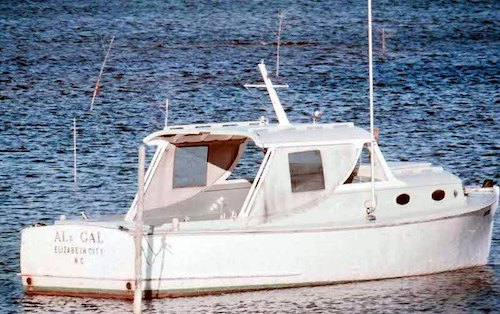 Our Crew and Our Boat

“When you get on the Al’s Gal in the morning, my only goal is to kick everyone’s’ tail that pulls out of this creek. All I want to do is be the best that pulls out of here by the end of the day. That’s what I have to offer for my charters. I have a lot of pride in this and a lot of competition. Oregon Inlet has the best fleet in the world. If you go anywhere in the world, they’re gonna know about Oregon Inlet. I’m very blessed to drive this boat and I thank the lord everyday that I get to sit in this chair” – Capt. Roger Parker

Captain Roger gained his seafaring knowledge from offshore legend, Captain Sam Stokes.  Sam has been fishing for over 40 years at Oregon Inlet. Captain Roger loves the hunt and began fishing as a youngster, making his way to work as a mate at Oregon Inlet Fishing Center. The Fight-N-Lady boasts some major catches, including the 1987 landing of a 1,020 pound blue marlin and also a 918 pound blue marlin caught in the Pirates Cove Billfish Tournament. 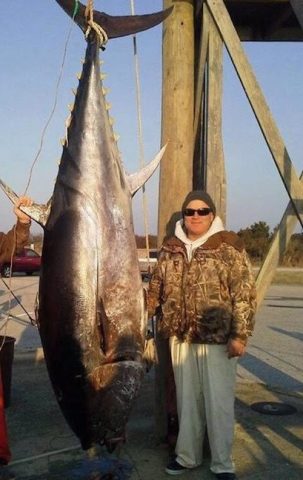 “When you fish with me, I’m gonna treat you like family” – Capt. Mick Sampson

Mick started his fishing career on a nearshore boat within the Oregon Inlet Fishing Center. Captain Roger noticed his hard work ethic from a few boats down.  When the opportunity was available, Roger hired Mick and they have been working together ever since. When a captain and mate can catch multiple bites with little to no communication, you know you’re on a boat with a great crew.

Sign up for our newsletter for a chance to win a full day offshore fishing charter.

You've already signed up for this list. You're good to go!